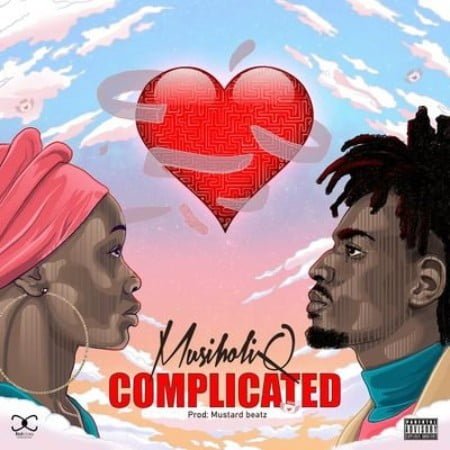 “Complicated” simply portrays about his love life which was kind of shattered at a moment and he was like “I can’t believe everything is now complicated” and the hit have been on high demand for long now. Cop below and enjoy.

The track was produced by one of the best hip hop record producers in Mzansi in the person of Mustard Beatz and currently the track have been topping some radio charts in the country and also some local TV stations as the most played the Kwa-Zulu Natal.

MusiholiQ have been a kind of slow and steady kind of artist who blend in many genre like the hip hop and afro pop as well as pop and his music writing skills are on a different level.

His awesomeness can be seen on his previous projects like “Joe Mafela (Live)” where he credited as one of the best DBN City kings alongside Emza, Malini, Professor, Nelz, Character, Dangerous, Zakwe, Mzulu, Shon Gee, Moja Pooh and also on “Ama Million” where he performed as a featured artist and probably did the most where he performed with Cassper Nyovest and Big Zulu.

The artist also added that his album will be dropping this year and stated that it’s almost 90 mins done and that the delay is due to the pandemic. So stay tuned for more killer tunes from the very best Durban born.

“Complicated” will mark her second song this year with the first being “Akulula” where he featured DJ Show to perfect the beat.

Stream, and share “Complicated”. Don’t forget to drop your comments below.