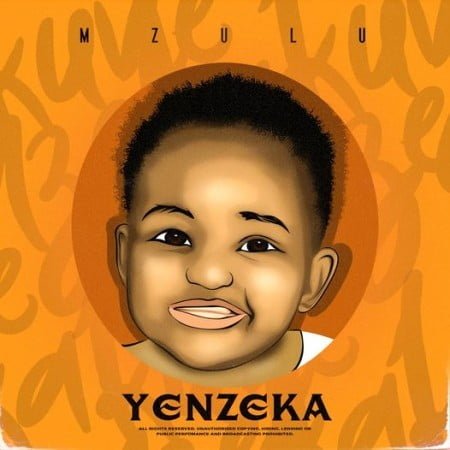 Just when we thought we had seen it all, top notch music artist Mzulu who have been making lots of headlines lately and often considered as one of the best upcoming SA hip hop artist is here today with his long awaited 2021 studio LP project titled Yenzeka Album. Cop below and enjoy.

“Yenzeka Album” have been trending on all social media since the beginning of the day when the artist shared the Audiomack link to the project, and to that effect, it’s almost impossible to download the project on that platform, so we decides to bless you all with the full zip file. The project will house about 13 tracks in all and featuring other top notch music artists in the country like Juju Bucks, Ze2, Mnqobi Yazo, MusiholiQ, Anzo, Zakwe, Mondli Ngcobo, Frank Petros, Emza, MPK and Max OV as they strive into making a new history, So update your playlist and leave a feedback with us using the comment box below.

Mzulu as many already know he’s not a small fish to fry when it comes to SA music industry, have been silent for many months now, practically since the pandemic last year which followed a massive lockdown, but today he decides to regain his audience once again. The Durban singer have often been considered as a gospel singer despite some of his tracks still remains pop, and RnB. He started his musical journey about a decade ago, and till date still retains his top rank as one of the best, and that can be proven on his Yenzeka Album.

The Yenzeka Album by Mzulu was kick-started with Bayede which he used as the intro to the project before going solo on Ik’sasa Lami and Ngibekezelele, after which he connected Juju Bucks and Ze2 as they all went hard on 2 tracks Ngikulindile and Zajika Izinto. The hit maker didn’t stop there as he also connected with notable music duo Mnqobi Yazo, Anzo and MusiholiQ as they shared “Better Days” and Ang’Bambeki which are practically the only track to be released on the project before it’s official album release date. He also connected his boss Zakwe on Encome, before cutting the ties with Mondli Ngcobo as they screamed “Come Duze”. After that he went on a loggerhead with Frank Petros and Emza on Z’yakhipha, and also traveled far to hook up with his home boy MPK as they both went hard on “Coming Home”, after which he confronted Max OV to take up a new stand with “Behind The Wave” song, then ended the project with his Ubukhona.