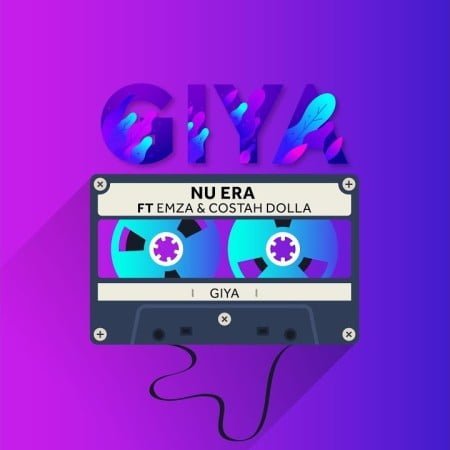 Just when we thought we had seen it all, top notch music artist and record producer Nu Era who have been on low key for a while now is here today as he drops his long awaited 2021 song titled Giya where he featured Emza and Costah Dolla. Cop below and enjoy.

“Giya” have been on high demand for over a week now since the track was first announced by the gqom music mogul as he urge fans to keep up the massive support, and further promise a new studio album which will be released later this tear, so stay tuned with us as we will be the first to drop the full project upon release. In the main time, update your playlist and leave a feedback with us using the comment box below.

Nu Era have been one of the most respected when it comes to gqom music as he has been dominating the industry for long now with DJ Tira, both of which were rumored to be forming a new record label around 2017 which was the peak of the gqomu music in Mzansi. This track also will mark his first since this year and his second since dropping his last studio LP “The Beginning Album” in 2018, so stay tuned for more tracks from the Durban finest hit maker.

Emza and Costah Dolla on the other hand have been working together for long now under Afrotainment as they both have were involved in the making of “S’hamba Nge Jeep” which still holds great place on the heart of many music lovers. Now connecting again to deliver something special is indeed a perfect way to groove the Easter celebration.

Stream, and share “Giya”. Don’t forget to drop your comments below.