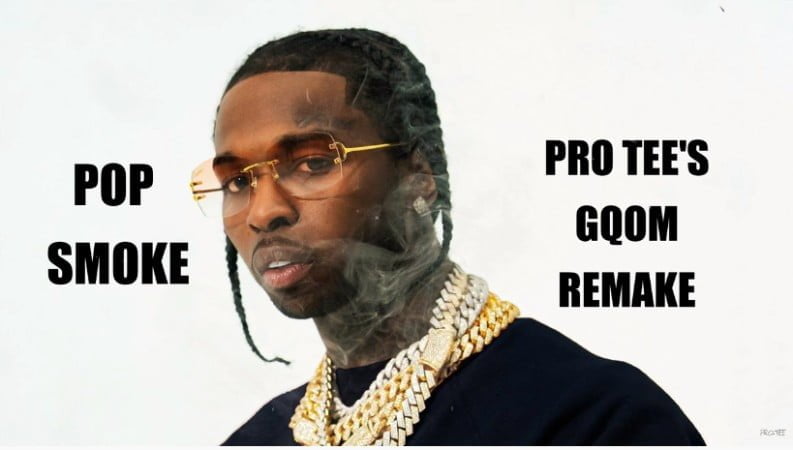 Just when we thought we had seen it all, top notch hit maker and disc jockey Pro-Tee who have been considered as the best remix maker is here today with a new 2021 gqom remake cover of Dior which which was originally premiered by the American music artist Pop Smoke. Cop below and enjoy.

Dior gqom Remix” have been the anthem since this month after the track played by Shimza on one of his live mixtape sessions on channel O during his Lockdown House party set. The track also have been one of the best used for tik tok videos lately and will also be inclusive on his new project which is to come very soon, so stay tuned with us as we will be the first to drop the full album upon release. In the main time, update your playlist and leave a feedback with using the comment box below.

Pro-Tee who is also known with his bass style of production have been one of the hit makers who have remained in the gqom genre trying to lift it despite the many side talks of gqomu being dead. The hit maker is also considered by many as Mzansi Kygo as he fuses his electronic style into lots of his productions, thus making him stand out among other hit maker in the country. And today he decides to light up the weekend once again with “Dior gqom Remake”, enjoy.

Stream, and share “Dior gqom Remake”. Don’t forget to drop your comments below.