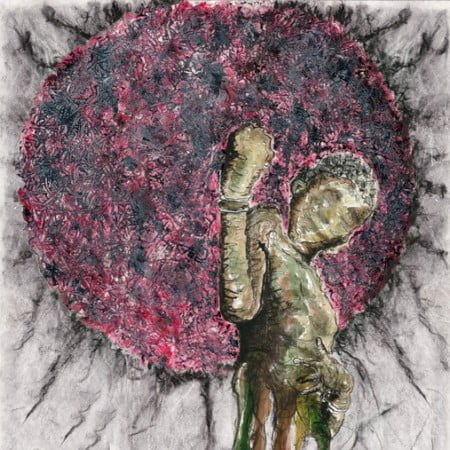 As we groove to the weekend groove, top notch rapper and record producer Priddy Ugly who have been considered by many as one of the best SA hip hop music artist is here today with his highly anticipated song titled Soil. Cop below and enjoy.

“Soil (Song)” will serve as his 3rd single this year after having dropped 2 on his last extended playlist “Never Pen Era EP” which still smash the streets till date. This track also mark as the first track off his upcoming studio album project which bears same title and will be released on the 28th of July 2021, so stay tuned with us as we will be the first to drop the full project upon release. In the main time, update your playlist and leave a feedback with us using the comment box below.

Stream, and share “Soil (Song)”. Don’t forget to drop your comments below.

[Intro]
I feel like this is gonna be the one

[Verse 1]
I know some Cali dudes that wanna move to Cape Town
Their ancestors are the Africans that they clown
Stay proud, in the States where the slaves found
It’s the same crown if you black or a shade brown
See, murder is the case now
Bullets on our back, in the soil where our face found
Lay down, mama’s cry is not a safe sound
The motherland is now the colonisers’ playground, mh
I know some dudes from New York that wanna move to Jozi
Or Pitori, sibonginkosi, namadlozi
Askies I’m sorry, lose your life for a Courtleigh
Opikopi, the other side of the story
Befriend a tsotsi, that’s advice from my toppie
Protect your koppie
If you toffee or coffee I’ll tell you for free
There’s no bosses of all streets
You ain’t gotta ball just make you got the floor seats (eGoli)

[Verse 2]
Yeah
I know some ATL girls that, really love Durban
She love her Maxhosa just the way she love Birkin
Play Nasty, see her in the club twerkin’
Celebs in the light, in the dark it’s thugs lurkin’
Lesson one: It’s not the drug it’s the person
Lesson number two: Remember love’s not perfect
Homie don’t you ever think a glove’s not worth it
Your soul ain’t clean, know a scrub’s not workin’ (Ayy)
Know some UK tings who got friends in Soweto
They from the ends, you can end in the ghetto
Look through the lens you pretend you a scarecrow
Tryna spend M’s on a Benz where your revs go
Tryna transcend what we meant for
Amen, all the young men need a mentor
I pray, all the mandem comprehend more
Water your seeds, my friends see the stems grow