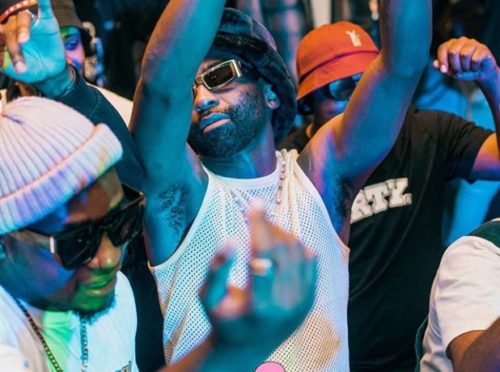 Award winning rapper and record producer Riky Rick have been known for many decades now to be on the line of hip hop, but today it seems the legendary music art will be joining forces with the latest pianohub recruit Tyler ICU to premiere a new amapiano song.

Last 2 years the rapper opened up about him not dropping songs again and that he will only be available for a feature but since then he failed that promise but this year, he’s yet to drop a single of his own, and thus, many fans have been hitting on him that they want more. Today on his insta page he shared some hopes as he tease a new amapiano song alongside Tyler ICU who have been one of the most talked this month.

Tyler ICU recently have been trending as one of the best piano kings in Mzansi after dropping his joint mini album project “Bella Ciao EP” alongside songstress Nicole, and no doubt will be preparing for his studio album. Now what can’t tell is if he’s planing a joint album with the rapper. Stay tuned for more though.

On the insta, Riky didn’t state is the project will be an album or just a single track but he simply urges fans to assist in suggesting the artists who they feel will bring more light to the new amapiano project.

“My broer @tylericu went off on this beat🔥🥵🥵Please do me a favour… tell me who we should feature on this one quick??” He said on instagram.

My broer @tylericu went off on this beat🔥🥵🥵Please do me a favour… tell me who we should feature on this one quick??📲