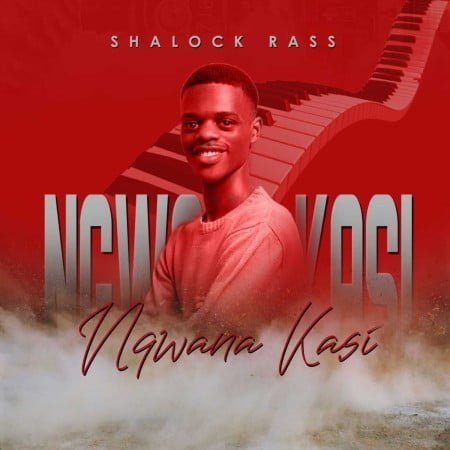 The month can’t be complete without a little taste of Shalock Rass unique productions, and today he decides to stand tall with a new amapiano song ttiled Ngwana Kasi where he served dope lyrics. Cop below and enjoy.

“Ngwana Kasi” have been practically the anthem in Mzansi since this month after the snippet was shared on social media alongside some visual where a group danced to the track, and today we decides to serve the full original mix. The track will serve as his second track this year, as he plans to drop his upcoming studio LP project titled “Nkitseng Album” which will be released later this year, and will house other top notch music artists in the country. So stay tuned with us, but in the main time, update your playlist and leave a feedback with us using the comment box below.

Shalock Rass is gradually becoming a Household name in the country, thus attracting lots of fans with his style of productions where he mainly used the drum to send clear message deep into the soul of his listeners. The fast rising music artist started his musical journey about 2 years ago, and so far have emerged as top class when compared to other upcoming artists. The artist goes with the real name Shalock Jivhuho Rasesemola and already smashing his province Pretoria despite being so young to the game, and today he decides to lift his body work even higher with Ngwana Kasi.

Ngwana Kasi however, isn’t the only magic moment created Shalock Rass this year, as earlier this year, he dropped “Minyonyo” which still sits on top list of many musical chart in the country. He also perfected his last year with “What’s Up With That” alongside vocalist AJ, where they also served the official music video of the work, and we hope for more amazing projects from the artist soon.

Stream, and share “Ngwana Kasi”. Don’t forget to drop your comments below.