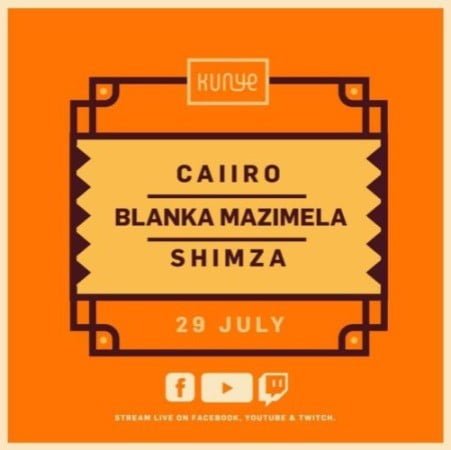 Just when we thought we had seen it all, award winning DJ and record producer Shimza who have been often considered as one of the best afro house record producer and often called the effect master returns with a new mixtape set titled Kunye Live Mix which he performed on 11 July 2021. Cop below and enjoy.

“Kunye Live Mix (11 July 2021)” will run for about an hour with dope tracks on the playlist, many of which have been on high demand for long now, and still locked, but today the hit maker decides to lighten up the industry once again. His last presence was on “Kimberley EP” which housed about 2 tracks as he strives to start up his One man show once again. So without added ado, update your playlist and leave a feedback with us using the comment box below.

Shimza as many already know him with the name “Effect King” have been one of the best and biggest DJs in Mzansi and follows the footstep of his mentor Black Coffee. The hit maker have been dominating in the industry and simply don’t rush his productions, thus making his music an expensive one, and many of his tracks still tops many charts in the music industry. His last appearance will be last year when he dropped his 2 dope tracks “Maru” and  “Calling Out Your Name” alongside Mikhaela Faye. And today decides to expand his coast even more by connecting with Darque and Sino Msolo on Kethiwe. And today he decides to drop a new mixtape set he captioned as Kunye Live Mix (11 July 2021).

8. Djeff feat. Brendon Praise – Made To Love You (Shimza Remix)