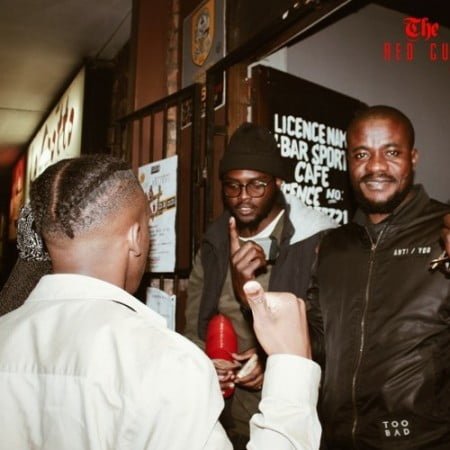 Just when we thought we had seen it all, top notch rapper and performer SOS RSA decides to light up the industry with his own remake cover of the killer amapaino song Emcimbini Remix which was originally premiered by Kabza De Small, DJ Maphorisa and Samthing Soweto. Cop below and enjoy.

Emcimbini rap Remix have been tearing down social media platforms since the start of the year, and kudos to Big Xhosa as he delights with a superior verses this period, glowing like luminous train. The remake will serve as the first rap freestyle by any artist in the country, and this will in turn pave ways for him as he rises to one of the best hip hop artist in the country. So update your playlist and leave a feedback with us using the comment box below.

SOS RSA lately have become one of the most discussed artist in the country with his popular name as Big Xhosa, who attain his major fame and limelight after his diss track “Ninyile” where he went so hard on A-Reece, Nasty C, Emtee, Cassper Nyovest, Focalistic, Big Zulu and Shane Eagle, and today he decides to leave out his Zumest hard raps to perfect the pop massive track which keeps fans wondering if he’s the one on the vocals when he starts his “Emcimbini Remix”, and without doubt his path is already forged for great success.

“Emcimbini rap Remix” however won’t be the first time the SOS is dropping a jaw breaking freestyle, as earlier last month he went hard on Drake’s Lemon Pepper freestyle where fans wondered why their favorite comedian is just so good. It’s also believed that this remake cover version will drag the youngster into venturing into amapiano and leaving SA hip hop for good.

Stream, and share “Emcimbini Remix”. Don’t forget to drop your comments below.