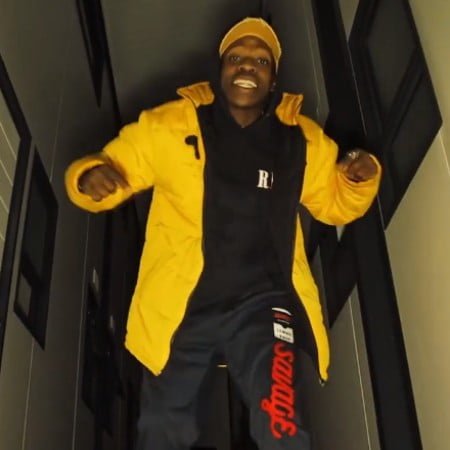 Just when we thought we had seen it all, top notch rapper and performer SOS who have often rapped with the Big Xhosa and currently dominating the genre decides to light up the industry today as he drops a new SA hip hop song titled I Hate Me Too where he also served the full mp4 official music video as well as the lyrics of the track. Cop below and enjoy.

“I Hate Me Too” will serve as his 7th track the rap mogul is doing this year and strongly shared insights about working on a killer album which have been staged to break almost all records in the SA hip hop industry when released. The track however will be inclusive on his body bad, and today he decides to bury the deep hard core rap skills apart and trends once again as SOS RSA. So without added ado, update your playlist and leave a feedback with us using the comment box below.

SOS RSA lately have become one of the most discussed artist in the country with his popular name as Big Xhosa, who attain his major fame and limelight after his diss track “Ninyile” where he went so hard on A-Reece, Nasty C, Emtee, Cassper Nyovest, Focalistic, Big Zulu and Shane Eagle, and today he decides to leave out his Zumest hard raps to perfect the pop massive track which keeps fans wondering if he’s the one on the vocals when he starts his “I Hate Me Too”, and without doubt his path is already forged for great success.

“I Hate Me Too” however will be the first official track he used SOS along, and he simply apologized to his Big Xhosa fans that he will only be his other self on this track, and also dropped an open question which of the 2 stage names is better, but til date fans kept dropping some confusing responses, thoough many have urged him to retain the 2 for better performance and his music video today is exceptional.

Stream, and share “I Hate Me Too”. Don’t forget to drop your comments below.

SOS – I Hate Me Too Lyrics:

Lyrics: I’m getting bigger than my favourite rapper
Look around and tell me who fuck does it better.. than me?
Applying pressure like I’m under pressure
They sitting down tryna study me like
I’m giving lectures I’m the hottest in the country you just gotta admit
Treat the game how I want to SA hip hop is my bitch
It takes them 2 months to do numbers that I do in a week
you gotta go back to the studio man your album is weak

My ex called me and said she missing me
Remember times I was tryna stop her from leaving me
What was the point of me doing that when she was missing it?
i moved on don’t call me bitch I got a new bitch
She keeps on blocking and unblocking me
Used to look down on me and now she topping me
She sloppy topping me
My glock I’m cocking it, lil mama rocking it
I’m steady poking it
Look at my life bitch I never had it easy
So many scars I can show you I been bleeding
But I get too much hate, too much hate on a daily base
Oh Lord I pray that you keep me safe…
F*ck MacG and his podcast ya’ll ain’t putting me on
Bitch I put myself on..

So I don’t give a shit if you say you not feeling my song.
Who are you? I don’t make music for trustfund babies
I’m from the slums now baby I was eating crumbs now baby
I had my stomach empty
That’s you’ ll never relate to anything I put out
I’m from a hood where every weekend it’s a shootout
Seen niggas die, if you get a chance you gotta move out
Ya’ll using your platforms to spill hate on my name
When I’m doing good you never mention my name
First time you talk about me you talking trash,
Sounds like hate to me, Fuck you and your podcast I want my pockets fat.