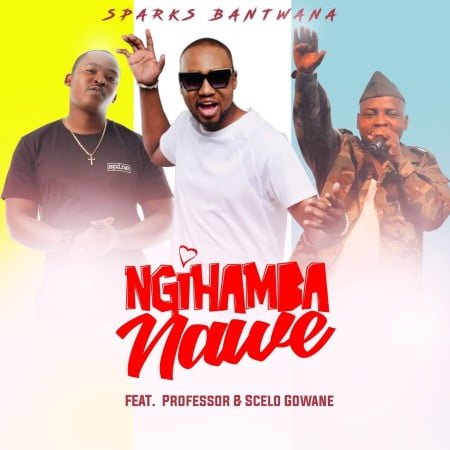 High talented music art and record producer Sparks Bantwana who have been on low key for many months now is back with a new song titled Ngihamba Nawe where he connected with Professor and Scelo Gowane. Cop below and enjoy.

“Ngihamba Nawe” have been the talk of the town since the cover artwork of the song was revealed by the hit maker some days ago, and today we decides to deliver the full original mix as we groove to the valentines day. The track also will be inclusive on his upcoming studio album which will be released later this year, so stay tuned. In the main time, update your playlist and leave a feedback with using the comment box below.

Sparks Bantwana who many already know as one of the pioneers of gqom house music in Durban was born in the Eastern Cape but his family moved to the Orange Farm, Gauteng, however he then relocated to Durban, which was where he found his fame as a DJ and producer. He started his musical journey back in 2016 with his massive productions which he often adds his signature on the start or the end of the beat. He started with house beats productions before finally settling with the igqomu. His massive love and passion for his productions gained him many fans and who wouldn’t love the magic party machine. He came to limelight that same year with large fan base as he plays mainly in clubs and loves keeping the party going. Despite being loved by people, Sparks released his first track “Izibongo” in 2012 when he was practically learning music productions.. Now coming this year with magical collaborations with Professor and Scelo Gowane on Ngihamba Nawe simply shows how top ranked the hit maker is.

Ngihamba Nawe will follow his last project “Yamemeza Inkosi” which he released late last year with the help of Scelo Gowane, and AmaGeza NgeNdishi, thus making it the first track off his upcoming LP project just a year after his “Pope Of Dance Album” which housed about 13 tracks on all. And today connecting with Professor and Scelo Gowane on Ngihamba Nawe isn’t a bad one for a year opener.

Stream, and share “Ngihamba Nawe”. Don’t forget to drop your comments below.