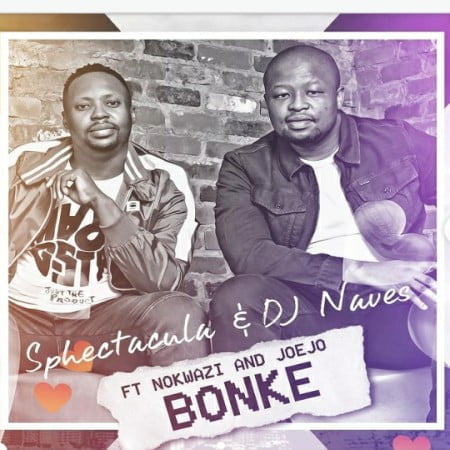 Finally the wait has come to an end as award winning music duo and record producers Sphectacula and Dj Naves who have been making lots of headlines for long now is here with their highly anticipated afro house song titled Bonke where they featured Nokwazi and Joejo. Cop below and enjoy.

“Bonke” have been the heat of the country since this month as the duo journeys to their 10 years anniversary which they have been hinting they will perfect the moment with an album, thus its name will be “10 Years and Counting” as we hope to see more of their productions and signatures in the music industry, so stay tuned with us as we will be the first to drop the full project upon release. In the main time, update your playlist and leave a feedback with using the comment box below.

Sphectacula & Dj Naves as many already know have been one of the best duo in Mzansi till around 2018 when they decided to lower their pace of production, thus making fans to hunger for more of their tracks. The duo started their musical journey at a very young age when house music was the order of the day unlike now. Their upcoming studio album will mark their first project since 2017 as they only broke the break around last year with some hit tracks like “Okokoko” where they connected with Thebe & Unathi and also on “Thelumoya” which still tops many local chart till date and was perfected by Jaziel Brothers & Cassper Nyovest. So coming today with Bonke and linking up with Nokwazi and Afrotainment DJ Joejo simply indicates a perfect weekend.

Stream, and share “Bonke”. Don’t forget to drop your comments below.