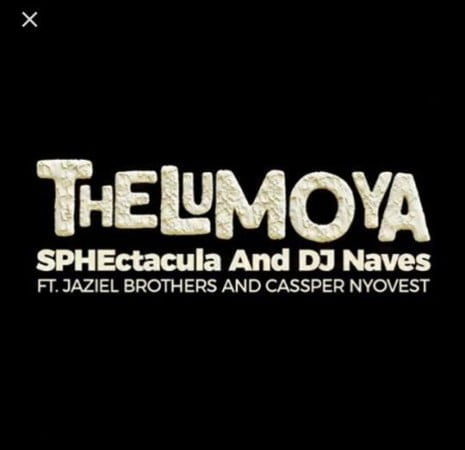 Finally the wait is over as high talented music duo SPHEctacula and DJ Naves returns with their long awaited 2020 killer gospel song titled Thelumoya Jehovah where they featured Jaziel Brothers and rap mogul Cassper Nyovest. Cop below and enjoy.

“Thelumoya” have been on high demand for long now as the song was not dropped on digital stores but today we decides to bring you the full original track to kick-start your new week. Listen up, and update your playlist.

It is flames and fire on the airwaves with the recent delivery of the new jam by formidable duo, Sphectacula & DJ Naves. Since we have known them, the two have always made magic every time they team up to drop a song.

This time around, they’ve got help from the talented Jaziel Brothers and SA Hip Hop’s very own, Cassper Nyovest. The song is titled “Thelumoya”, one we’re certain will take over the charts in no time. You best be ready.

The entertainment titans have simply been on a roll in the South African music industry as well with such monster jams as “Okokoko,” which featured Thebe and Unathi, as well as the beastly efforts of the past campaign, “Ngeke,” alongside Leehleza, Beast and Hope and “Bhampa” with DJ Tira, Tipcee and Beast.

Yet, they are known for the delivery of massive mix episodes as pioneers of a movement that is now gaining traction on these streets.

Only thing is the fact that they bring the finest of their abilities to bare on “Thelumoya” with the support of uber-gifted acts in Jaziel Brothers and Cassper Nyovest.

Stream, and share “Thelumoya”. Don’t forget to drop your comments below.