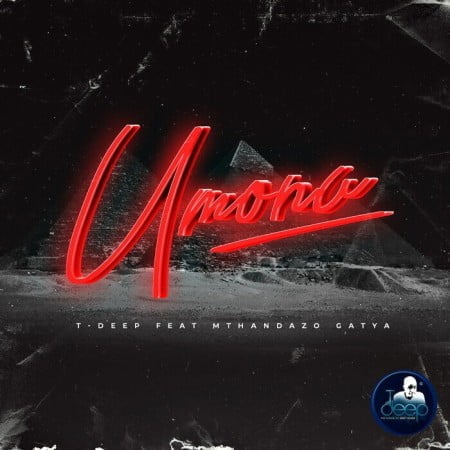 As we groove to the new month, high talented record producer T-Deep who have been hitting up the industry lately decides to further perfect the dance floor with his long awaited 2021 afro house music titled Umona where he featured Mthandazo Gatya. Cop below and enjoy.

“Umona” have been on high demand for long now following it’s sampling on the Lockdown house party set delivered by Shimza on channel O. The track since then have been widely used on tik tok as fans have been cutting out the part where the track was played, but as usual today we decides to deliver the full original mix to perfect the groove. So without added ado, update your playlist and leave a feedback with us using the comment box below.

T-Deep as the name might not ring strong bell to many have been on low key for a while and silently dominating the House genre as he have been linked heavily to other afro house DJs due to his talent. The youngster is mainly focused on Afro house and deep house, and Umona alongside Mthandazo Gatya will mark his first track in the industry despite being featured by lots of other top notch music artists in the country.

Mthandazo Gatya on the other hand have become one of the best uncelebrated House heads and have released lots of killer tracks, many of which still holds strong place on the hearts of music lover. Some of the tracks will include Mzalwane, Senzeni, Fihla and many more, and almost all his tracks were improved with the help of DJ Manzo SA, and Comado as the 3 have worked on many tracks within a year, and today partnering with T-Deep on Umona is something we have been waiting for in a long time.

Stream, and share “Umona”. Don’t forget to drop your comments below.