Lady Zamar is a vibrant and dynamic musician who has graced the South African music scene with sensual and breathtaking vocals.

With hit songs Charlotte, Criminal, Love is Blind and My Baby. With the latter taken off the highly acclaimed King Zamar which was released on the 31st of March 2017, available at Musica, Top CD and all major online stores worldwide. The body of work, being her first solo contribution features a strong vocal showing and intricately produced beats that make the album a great piece of work and features Mpumi and Ayanda Jiya on the song “Stranger”.

Lady Zamar is currently signed to UMG South Africa, with the powerhouse label recognizing the massive talent that the musician possesses. She is also an avid philanthropist and business women playing her gained knowledge of the entertainment and fashion scene to develop the Lady Zamar Entertainment brand.

There’s definitely more to come for the songstress, with plans to take her music globally definitely on the horizon. 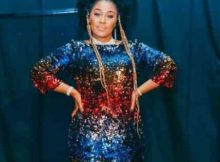