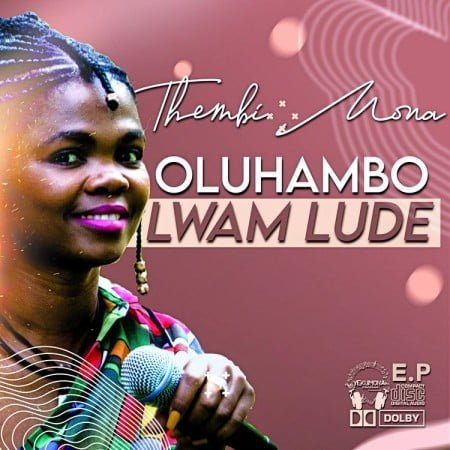 Finally the wait is over as high talented singer and songwriter Thembi Mona who have been silent for long now finally decides to break the silence with her highly anticipated mini album project titled Oluhambo Lwam Lude EP. Cop below and enjoy.

“Oluhambo Lwam Lude EP” which have been on the wishlist of many music lovers for many months now housed about 6 tracks in all and featuring top notch hit makers and producers in the industry like DJ Shweme, Deepsound Crew, Dj T.S.U, Dj Calvin and Dj Sk. The project will also mark as first project after a long wait of not releasing an music.

Thembi Mona who have been one of the finest vocals in the country opened up some weeks ago about the album stating that the project portrays a short about the challenges that she had faced dealing with music, adding that it’s indeed a tough one and urges fans to walk and journey with her on this her EP as she added that she also pushed her voice to it’s limit and feels indeed good leaving her comfort zone.

“Oluhambo Lwam Lude EP” didn’t have an prior promotion like releasing some tracks before the release date, she indeed dropped all at once. The project was kick-started with her intro track “Suka Kum” which have been on the radar of many music lovers for many months now since the track was played by DJ SK on one of his gigs last year.

She didn’t stop there as she decides to connect with DJ Shweme on one of her favorite anthem “Thethelela” which she later backed with the productions of Deepsound Crew as they perfected the flagship song which bears same title as the project itself.

Thembi Mona didn’t stop there as she indeed went outside her comfort zone to lure the music duo Dj T.S.U and Dj Calvin to perfect some festive vibes “Nkene Nkene” and “Ndiyosebenza” which will indeed top many local charts in the coming weeks.

She then winds up the “Oluhambo Lwam Lude” project with her outro “Masambeni” which was perfected by one of her most trusted hit maker DJ SK as both of them have worked many times in the previous years. So without added ado, update your playlist and leave a feedback with using the comment below.