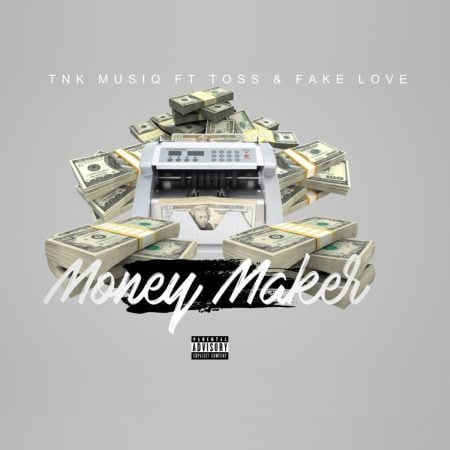 Following the recent news about his upcoming LP project, top notch music artists TNK MusiQ who have been working hard since the start of the year decides to further perfect his name on the hearts of his followers with a new song titled Money Maker featuring FakeLove and Toss alongside it’s lyrics. Cop below and enjoy.

“Money Maker” will serve as the first solo track from the youngster after he engineered the “Bells” track which he worked alongside DBN gogo. On this one, he decides to go even harder as he sounds it clear to fans that he’s the next big name in Piano world. The track was curved out off his upcoming studio album which will be released later next month, so stay tuned.

Stream, and share “Money Maker”. Don’t forget to drop your comments below.