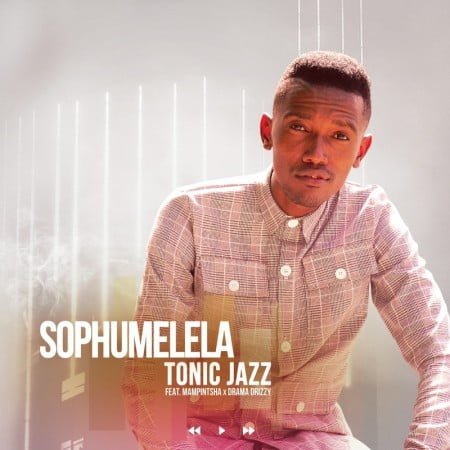 Finally the wait is over as high talented hit maker Tonic Jazz who have been making lots of headlines as one of the best afro house record producer is here today with a new song titled Sophumelela where he featured Mampintsha and Drama Drizzy. Cop below and enjoy.

“Sophumelela” have been on the wishlist of many music lovers for long now since the news about the track and today we decides to drop the full original mix. The track also will be inclusive on his upcoming mini album project which he opened up about it’s release during our recent interview with him, so stay tuned as we will be the first to drop the full project upon release. In the main time, update your playlist and leave a feedback with using the comment box below.

Tonic Jazz as many already know is not a man of many words as he allows his productions do the talking, as he have previously worked wonders with his tracks, and some of which will be “Ndikhulule” where he performed alongside Open Mic production queen Zanda Zakuza. Apart from the last hit song, the youngster have also contributed massively in the music industry as he was featured on “Thula” which was anchored by Sithelo alongside Mpumi, and Drama Drizzy, as we now know that Sophumelela isn’t the first time the duo have been linked up.

Mampintsha on the other is without doubt the founder of the gqom music genre alongside his queen Babes Wodumo both of which conquered the SA music industry with their genre, and since then the legendary music artist have been on top class and even settles the doubt with his last year LP project “Bhut’Madlisa Album“, and today decides to lend a voice to Tonic Jazz.

Stream, and share “Sophumelela”. Don’t forget to drop your comments below.