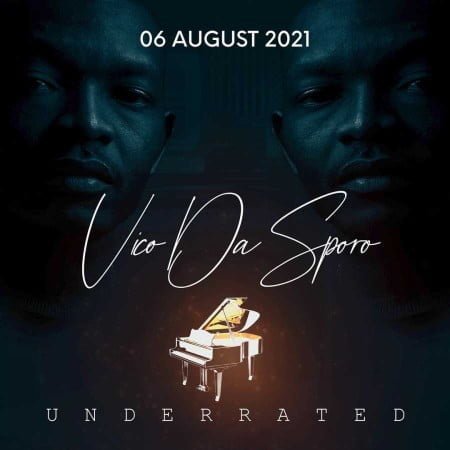 Finally the wait is over as high talented DJ and record producer Vico Da Sporo who have been considered as one of the best amapiano hit maker in the industry is here today with his long awaited 2021 LP project titled Underrated Album. Cop below and enjoy.

“Underrated Album” which have been on high demand for long now houses a whooping 15 amapiano tracks and features other top music artists in the country in persons of Nkosazana, Singapoure, Sibusiso Makhoba, sipho, Zaba, Ule, Sandile, Sbonga and Skillz. So without added ado, update your playlist and leave a feedback with using the comment box below.

Vico Da Sporo whose real name is Siphamandla Dlamini have been one of the best record producer originated from Kwazulu Natal, with countless hit tracks, many of which have been used by many DJs in their mixtape sessions and some of which is Major League DJs in their live balcony mix sessions. The hit maker started his musical journey around 2015, and having attained his limelight late last year after dropping his Bandlase Album, and later crowned it with Ekhaya Album, and now coming through with Underrated Album, it’s obvious the youngster isn’t stopping the engine anytime soon.