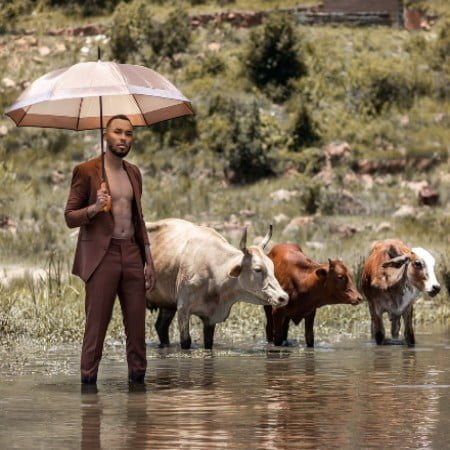 Finally the wait is over as high talented singer and songwriter Zulu Mkhathini who have been making lots of headlines lately is here with his highly anticipated 2021 studio LP project titled Spirit Of Ubuntu Album. Cop below and enjoy.

“Spirit Of Ubuntu Album” have been on high demand for many months now since the project was announced by the artist on his Instagram page, and also started the project with his Showcase track, where he later released the official visual music video. The project will house about 11 tracks in all and featuring other top notch music artists in the country like Nelisiwe Sibiya, Nhlanhla Mahlangu, Thulani Zwane, Mrizo, Nhlanhla Dube, Black Motion, Boohle, Mnqobi Yazo, Golden, Holly Rey, Xelimpilo, Kususa, MaSangweni, and Zama Jobe as they strives into making a new history. So without added ado, update your playlist and leave a feedback with us using the comment box below.

Zulu Mkhathini have been one of the best igqom music vocalists in Durban for almost half a decade now with countless hit tracks some of which are “Shikisha” where he goes on a loggerhead with Moonchild Sanelly, and since then have been doing his best to revive the fallen glory of the gqomu music in Mzansi. He was also featured on some hit tracks like “Naba Laba” where he performed alongside Dladla Mshunqisi and Dlala Thukzin, and today he decides to release his long awaited 2021 LP project Spirit Of Ubuntu Album.

Zulu Mkhathini rose more into fame when he featured on DJ Maphoria’s album titled Gqom Wave II. Since then he has been doing so well in the industry as he featured DJ Tira on his track titled Uniform. He also featured Moonchild Sanelly on Shikisha after he featured together on Golden’s track titled Ushukela. Now coming through with his Spirit Of Ubuntu Album is indeed a good sign he wants to take the bull by the horn this year.

The “Spirit Of Ubuntu Album” was kick-started with Nkayimane which he used as the intro of the project and performed alongside Nelisiwe Sibiya, Nhlanhla Mahlangu, and Thulani Zwane, after which he went solo on Shocase which he used as a tool in promoting the project. The artist didn’t stop there as he also connected with Mrizo and Nhlanhla Dube to perform his own version of “African Queen”, before joining forces with the music duo Black Motion on Shakata. And later he connected with award winning songstress Boohle and rapper Anatii on “Asambe”, just before connecting with the deep house queen Holly Rey, rap mogul Mnqobi Yazo and Golden to light up the nation with Mnandi/ Jabula.

The music art didn’t stop there, as he also connected with Xelimpilo to deliver something magical on Lendlela, before going solo on “Draining” and “Muhle”. And then ended the project with Somandla and Ngiyabonga where he connected with Kususa & MaSangweni, and Zamajobe respectively.

Tracklist Of Spirit Of Ubuntu Album: