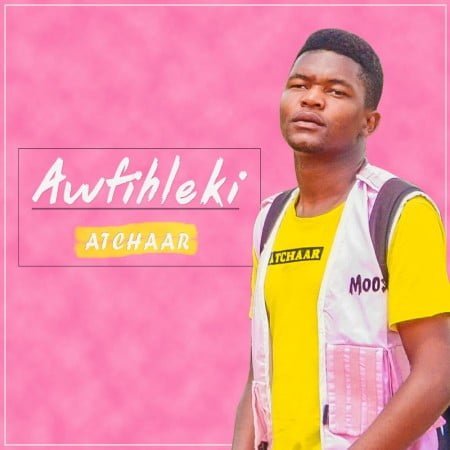 Finally the wait is over as high talented record producer and piano king Atchaar returns with his long awaited 2020 killer amapiano track titled Awfihleki. Cop below and enjoy.

“Awfihleki” have been on high demand for many weeks now and the challenge is currently ongoing, so today we decides to drop the full original mix. Listen up, update your playlist and don’t forget to share your feedbacks below.

He recorded his E.P with 8 songs and dropped it under no company but managed to sell so many copies on the streets of Mpumalanga on the Ermelo side. Atchaar then hosted a superb Talent Show in His former high school as a fundraising event which went successful, filled 95% of SPHUMELELE HALL which occupies 1500+ people.

Atchaar have been a blessing in the music world lately after the success of his AWJIVE (with UBHUT), NKHOSI and LIGHTS (Remix by KWESTA) which gave him so much recognition on the music industry and that gave him a chance to share the stage with the multi award winner of Swaziland (MR KANGAROO).

He further dropped his first studio Album LAST PAGE OF THE DIARY, which opened doors for him especially he’s afro soul song titled NFTOMBATANA YASESWATINI, which went on high rotation and won him an Interview on Ligwalagwala FM with Khaya Angel (midday Grooves), And also on LIGWA STATION, VOC FM , and BCR FM. He performed it on UCKG Competition in Nelspruit (Mpumalanga) and got position 3 along with and invitation to Good hope FM.

Stream, and share “Awfihleki”. Don’t forget to drop your comments below.