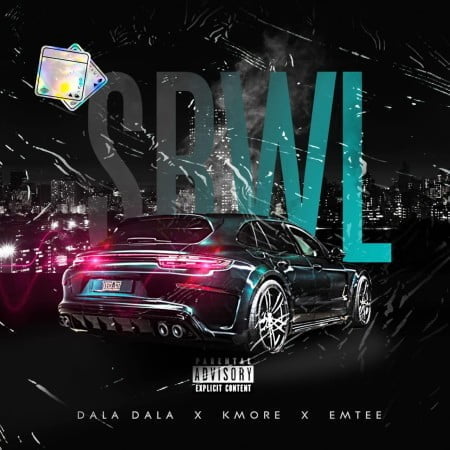 Finally the wait is over as high talented rapper and producer Dala Dala who have been making lots of headlines lately is here today as he joins forces with KMore to spice up the industry with his first highly anticipated 2021 club hip hop song titled SBWL where they featured African Trap God Emtee. Cop below and enjoy.

“SBWL” have been on the wishlist of many hip hop heads since the snippet was first shared by the Trap God Emtee on his social media handler and since then fans have been so keen to get hold of the track, so we decides perfect the new week with the full hit song. The track also will be lifted from Dala Dala upcoming mini album project which will be released later this year and will house other top notch in the industry, so stay tuned. In the main time, update your playlist and leave a feedback with using the comment box below.

Dala Dala whose real name is Sefako Machidza might not be known by many as he’s still upcoming but definitely not a small nut to crack as he have been hitting up his province Northwest-Mafikeng as one of the best hip hop artist to have emerged from there, and connecting with Kmore and Emtee is indeed the best way to kick-start his musical carrier.

SBWL will serve as the first time Dala Dala is hooking up with Emtee and Kmore, as both later artist have been linked before now on “Unamandla“, thus making it more easier for the duo to link up with Emtee as they both strives to tattoo their names on the heart of every hip hop music lover out there.

Kmore whose real name is Kgosietsile Morwe have been linked with other top notch artists in the past with countless hit tracks, and his unique talent can’t be over emphasized as he has tasted the scenarios of 2 different genres; amapiano and hip hop, as he has linked with Vusinator on Wild Love. Now combining efforts with Emtee and Dala Dala on SBWL, no doubt this won’t be a banger to remember for the test of time.

Stream, and share “SBWL”. Don’t forget to drop your comments below.