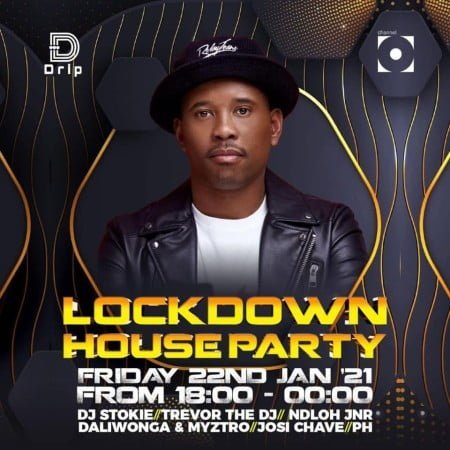 Just when we thought we had seen it all, top notch record producer and piano king DJ Stokie who have been considered by many as the best in the industry decides to further perfect his domination in the industry with a new amapiano mixtape sessions catpioned Lockdown House Party Mix 2021 which was performed live on Channel O.

The Lockdown House Party Mixtape sessions was delivered on 22nd of January 2021 alongside other artists that performed that same day like DJ PH, DaliWonga, Myztro, Trevor The DJ and Ndloh Jnr. The mix runs for about an hour with dope exclusive tracks selection on the tracklist including his popular hit track “Dlala Stokie 2.0” which was perfected by the magic touch of the scorpion kings and some will be inclusive on his upcoming studio album which will be released towards the end of this year.

DJ Stokie as already know is not a man of many words as he allows his productions do all the talking, as many have already considered him as the best in the industry following his move to join the Pianohub and Blaqboy music record owned and managed by DJ Maphorisa and Kabza De Small. The hit maker rose to lime light around 2019 following the success of his debut LP project “Amapiano Movement Vol 1 Album” where he connected with the best in the industry and thus attracting many awards and streams that year.

Despite being a fine disc jockey, Mr Stokie have helped so many upcoming music artists in the industry, and some which are Loxion Deep where he assisted in the making of “Dludlu” and also his massive contribution on the success of Boohle’s Izibongo album where they both journey on “Iyalila“. Now kick-starting the year with a new mixtape, it’s obvious he’s not resting any time soon.