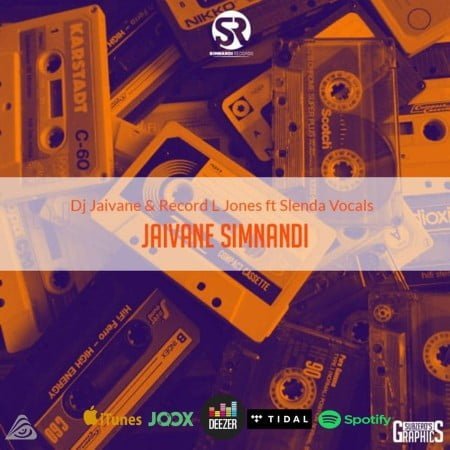 High talented record producer and party machine DJY Jaivane and MuziqalTone are on it again as they drops their long awaited amapiano track titled Ngyahamba featuring vocalist Msheke and songstress Nandi. Cop below and enjoy.

“Ngyahamba” will be inclusive on their upcoming mini album project Jaivane Simnandi EP which will house top yanos music artists and vocalists and will be out this month, so stay tuned for the full project. Listen up, and don’t forget to share your feedbacks below.

Mr Simnandi is definitely on these streets to make a difference and despite his abilities as a Disc Jockey and Producer, he has also been about building others into champions.

This is why he continues to lead members of his Simandi Records to greatness even as they now plan the delivery of several projects in the coming weeks.

To this length and extents, we already saw the delivery of “Jaivane Simnandi” and one which he made in a collaboration with Record L Jones and which featured Slenda Vocals.

“Ngyahamba” is yet another belting tune with the production gem and vocal delivery that is only possible for these uber-gifted acts.

Stream, and share “Ngyahamba”. Don’t forget to drop your comments below.