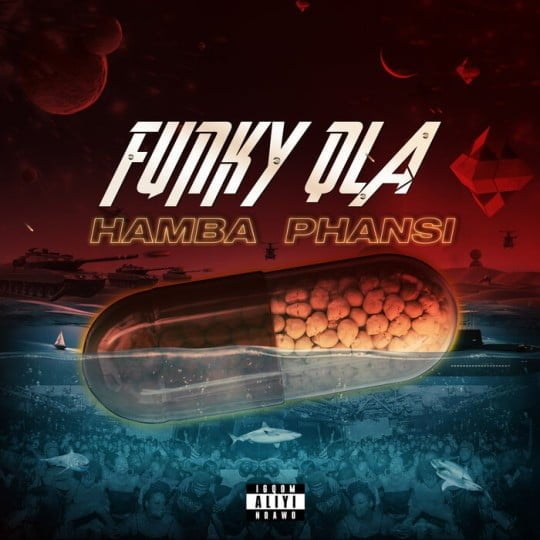 Just when we thought we had seen it all, top notch DJ and record producer Funky Qla who have been considered as one of the best hit maker in the country decides to drop his highly anticipated 2021 gqom song titled Hamba Phansi. Cop below and enjoy.

“Hamba Phansi” will serve as his first project this year following a tough last year where he had to shift his album release date. The track is on gqomu genre and practically will be one of the best so far as lots of other hit makers have been deviating to other genres like Afro House and amapiano. The song also will be inclusive on his upcoming studio album which he has been laying emphasis on lately, so stay tuned with us as we will be the first to drop the full project upon release. In the main time, update your playlist and leave feedback with us using the comment box below.

Funky Qla have grown in recent years to become one of the best Durban record producer with lots of hit tracks, many of which still tops some local music charts in the country. The youngster have been heavily linked with Afrotainment lately but rumor has it that he rejected the offer, and till date we don’t know if this claim is right. His last appearance this year will be on TNS double disc album where they both journeyed on a single track titled “Egoli” and today he decides to shut down the streets with yet another banger “Hamba Phansi”.

“Hamba Phansi” however won’t be the only magic moment Funky Qla is creating in the hearts of his fans as late last year we dropped his all time best track “Abangani” which he performed alongside Madanon and Que.

Stream, and share “Hamba Phansi”. Don’t forget to drop your comments below.