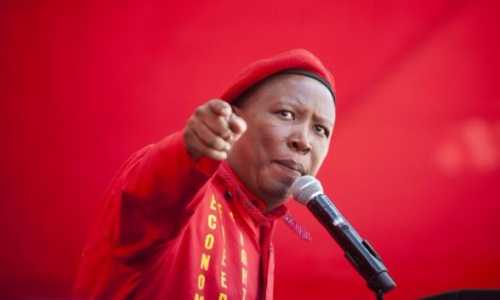 South African elder Julius Malema who is generally known as a freedom fighter over the years have urged President Cyril Ramaphosa to evacuate the presidential seat and move into business.

The popular freedom fighter made it clear that the incumbent president is of no doubt playing with power and further added that he have no plans of being under the leadership of Cyril in 2019.

Julius Malema also added that the people of South Africans should campaign again and take over power, because Ramaphosa is not fit for his present position.

“We need leaders in 2019 and Ramaphosa is not an alternative. He must go back to business and continue doing what he was doing better, making McDonald’s burgers, and leave politics to politicians.” Julius said.