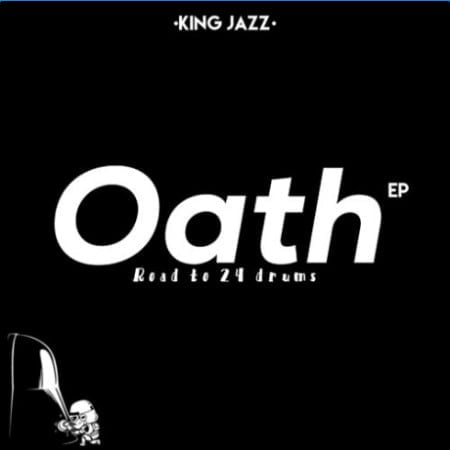 As we groove to the new week, high talented music art King Jazz decides to even perfect it the more as he reminds us about the celebration we had last festive season with a new amapiano song titled A Day In December where he featured hit maker Vigro Deep. Cop below and enjoy.

“A Day In December” was lifted from his just released mini album project titled “Oath EP (Road to 24 drums” which will mark as his first massive project in the country as he strives to become one of the best when it comes to the yanos style of music. The above mentioned EP project will house about 7 dope tracks in all where he featured other top music artists like Nolo and Mafurex. So without added ado, update your playlist and leave a feedback with using the comment box below.

King Jazz just made his debut with us as well, and from our offline fans, it’s already considered the superstar will be top notch in few weeks to come, as the track is already topping charts in his own province KwaZulu Natal where he started his musical journey at the age of 10 following his massive passion and love for music productions, and now partnering with the Baby Boy shows how serious he plan to take his musical carrier.

Despite being the first magical project from King Jazz and Vigro deep, we are certain A Day In December won’t be their last as both have been linked up for many months now, and we believe they have more collaborations in stock which will be unleashed at the right time.

Vigro deep on the other hand have been one of the best DJs when it comes to amapiano music genre in the country, many comparing him with the likes of Kabza de small, MFR Souls and Mr JazziQ, but we can’t really say for now as the youngster have his own style of play and his current Rise of a baby boy album have been on top trend for many months since it was released last year around August.

Stream, and share “A Day In December”. Don’t forget to drop your comments below.