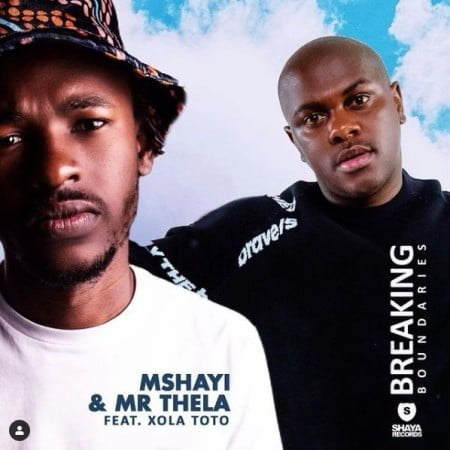 Finally the wait is over as high talented music duo and record producers Mshayi and Mr Thela who have been regarded by many as the best gqom producers are here today with a new killer track titled Breaking Boundaries where they featured Xola Toto. Cop below and enjoy.

“Breaking Boundaries” will be inclusive on their upcoming studio album titled “Make Cape Town Great Again 2.0” which they instigated about releasing the track next weeks, so stay tuned for more dope tracks from the music duo. So without added ado, update your playlist and leave a feedback with using the comment box below.

Mr Thela and Mshayi have been one of the most consistent group this year as they have given us more numbers of hit tracks that can’t even count anymore. They make such a fine team that one cannot but look forward to whatever they have in their kitty. The latest is the track in review.

The song was announced some days ago using the Instagram page and thus giving the release date to be this weekend. They also added that the track will surpass their trending tune “iParty“.

This brought many questions to fans as they believed the “iParty” track as their song of the year. Many started sharing some funny emojis and some also dropping the fire emogi and we strongly believe this is not just a mere hype. So peep the track below and also drop your own judgement.

The title of the song might appear drab, but the song itself isn’t. On the contrary, you have in “Breaking Boundaries” a song with a message for millions around the world, a message delivered with great assurance one cannot but not.

Stream, and share “Breaking Boundaries”. Don’t forget to drop your comments below.