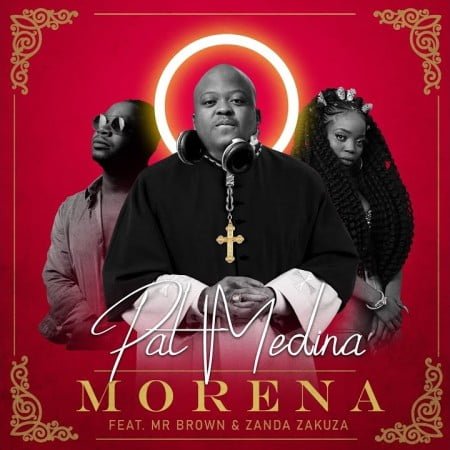 Just as we groove to the Easter vibes, high talented record producer and piano king Pat Medina who have been trending since joining Open Mic production is here today with his long awaited 2021 amapiano song titled Morena where he featured Mr Brown and Zanda Zakuza. Cop below and enjoy.

“Morena” is a gospel song which is practically the first time we are seeing a gospel track with the piano style of music, so no doubt this will be a music repeat tune. The track also have been rumored to be inclusive on his upcoming studio album which he reveals that it will be ready around 3rd quarter of the year, so stay tuned as we will be the first to drop the full project upon release. In the main time, update your playlist and leave a feedback with using the comment box below.

Pat Medina as many might not be very familiar with the name is one of the most talented record producer as he can device, and curve out any type of beat irrespective of the genre, be it amapiano, House, or gqom, and today decides to gather his team mates Mr Brown and Zanda Zakuza to spread some love in form of worship.

Mr Brown and Zanda Zakuza on the other hand have been working together for many years now with countless collabo with each other like their hit track on “Thandolwami Nguwe” where they waled side by side with Makhadzi, and the track still mounts as the best track on Mr Brown Rain On Me Album. And connecting with Pat Medina today is indeed a good way to settle the weekend.

Stream, and share “Morena”. Don’t forget to drop your comments below.