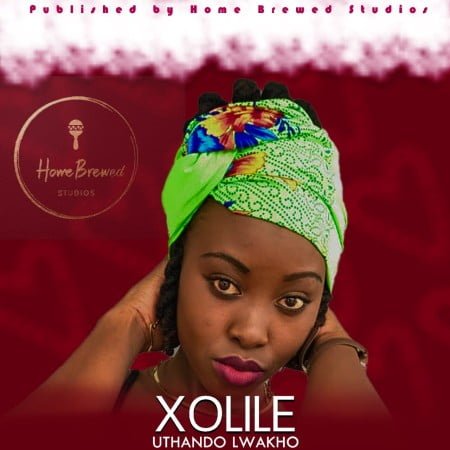 Finally the wait is over as high talented songstress Xolile who have been considered by many as one of the fast rising vocalist in the country decides to perfect the weekend with her highly anticipated 2021 song titled Uthando Lwakho. Cop below and enjoy.

Uthando Lwakho have been on high demand for many weeks now since the track’s snippet was shared on tik tok and have recorded one of the highest used track on social media for short video meme. So today the youngster decides to drop the full original mix, and also urge fans to keep up the massive support. The track also will be inclusive on her upcoming studio album which will be released later this year, so stay tuned with us as we will be the first to drop the full project upon release. In the main time, update your playlist and leave a feedback with using the comment box below.

Xolile Sibiti is a young vibrant vocalist, songwriter and performer who comes from a big family of musicians. She first discovered her love for music at a reasonably tender age, but never anticipated taking it up professionally until she auditioned for THE VOICE in all Charity Concert which was hosted by the Youth Nest Foundation in collaboration with Home Brewed Studios, and today she decides to even perfect her name even more with her Uthando Lwakho track.

She was then spotted by one of the directors of Home Brewed Studios (Ash Long) as a rare talent who then offered to produce her music. Her music has since sore to greater heights having recorded 4 singles and one music video. Her versatile music coupled with an angelic voice fuses different genre, creating a fresh new sound which is loved by many. And the previous tracks will be uThando Lwakho, Music is King, Feel it and Uphakeme.

Stream, and share “Uthando Lwakho”. Don’t forget to drop your comments below.