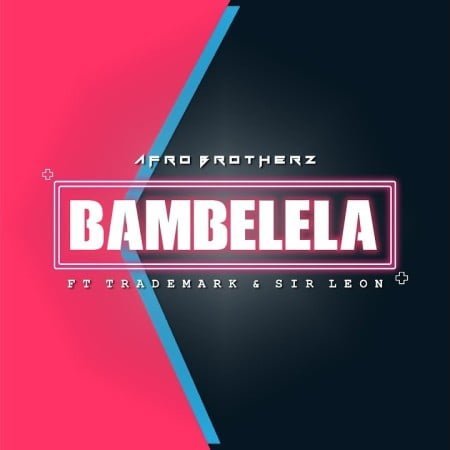 Finally the wait is over as award winning music duo and record producers Afro Brotherz who have been considered by many as the best afro house hit makers in Mzansi returns with their highly anticipated 2021 song titled Bambelela where they featured TradeMark and Sir Leon. Cop below and enjoy.

“Bambelela” have been on the wishlist of many house heads for many weeks now since the track was played on their just released 50k Appreciation mix where they played many locked tunes and will be inclusive on their upcoming studio album which will be released later this year, as they already perfected last year with their “Amasiko EP” which was perfected by the magic touch of Candy Man, Caiiro and many other vocalists.

Afro Brotherz as many already know is a music group made of 2 top notch hit makers who have been consistence for almost half a decade now. They duo have countless hit tracks on their name and perfecting their names in the industry, thus becoming a household name in the country. They came to fame around around 2018 after partnering with Prince Kaybee on “Gugulethu” which is currently one if the best tracks in the house genre and thus leading them to bagging their first awards by MTV Base which was held in Nigeria in 2019.

Apart from leading the genre, they also have contributed vastly to the success of other top music artists as they also appeared on DJ Jim MasterShine’s track titled Magical where he also featured Limpopo Rhythm and Nalize which came forth before Iskhathi featuring Candy Man and Lizwi.

TradeMark and Sir Leon on the other hand have been working together lately and might be dropping a joint project anytime soon, so stay tuned with us. And assisting the house kings Afro Brotherz on Bambelela is indeed what many didn’t see coming, but we know for sure this will be a banger. So without added ado, update your playlist and leave a feedback with using the comment box below.

Stream, and share “Bambelela”. Don’t forget to drop your comments below.