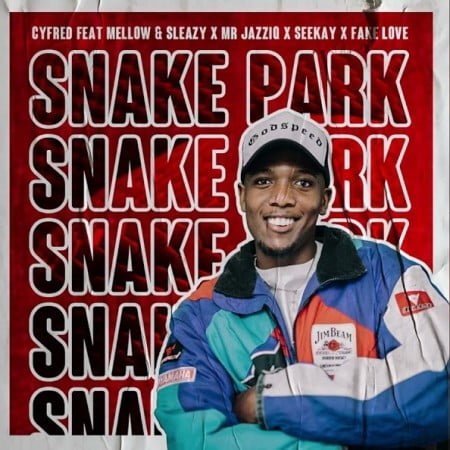 Just when we thought we had seen it all, top notch music artist and performer Cyfred who have been making lots of headlines lately returns with a new dope amapiano song titled Snake Park where he featured Mr JazziQ, Mellow, Sleazy, Seekay and Fake Love. Cop below and enjoy.

“Snake Park” have been on high demand for months now since the track was played by Mr JazziQ on his Amapiano Live Balcony Mix Africa B2B (S2 EP1) alongside Major League which they used in opening the year, and due to the top trend of the song, the cut from the mix have been circulating on the web with numerous titles, but today we decides to serve the full original mix. So without added ado, update your playlist and leave a feedback with us using the comment box below.

Cyfred is still new to the game but still not a small nut to break when it comes to music production as have been working on many unreleased tracks with top notch music artists since last year, and this year is likely the year that will set all thing right for his path. This will also mark his debut on iminathi and we hope this wouldn’t be the last as fans already can’t get enough of his magic production. Added with the spice from Mr JazziQ, Mellow, Sleazy, Seekay and Fake Love, it’s no doubt Snake Park will be a name to remember in a long time.

Mr JazziQ on the other hand have been one of the most featured hit maker lately since separating from josiah de disciple and have been heavily linked with Mellow, Sleazy, Seekay and Fake Love and even Cyfred as it’s clear Snake Park won’t be their last joint track.

Stream, and share “Snake Park”. Don’t forget to drop your comments below.