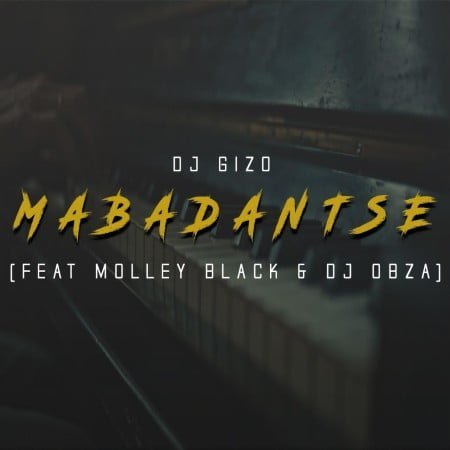 Finally the wait has come to an end as multi-talented disc jockey and record producer Dj Gizo who have been working hard since last year is on a new level with his highly anticipated amapiano song titled MabaDantse where he featured vocalist Molley Black and producer Dj Obza. Cop below and enjoy.

“MabaDantse” have been on the mind of many yanos heads for long now, since the tracks was announced on Facebook by Open Mic production page, and since then fans have been on a lookout to get hold of the track, and today we decides to bring you the full original mix to perfect your weekend celebration. So without added ado, update your playlist and leave a feedback with using the comment box below.

DJ Gizo wo just started his journey in the music industry is already blowing the minds of many music lovers following the success of his involvement on Masego Album which was delivered by DJ Obza, where they both went on a loggerhead on “Kuzekubenen” which was perfected by the vocals of Nacely and still a hit till date. And now he decides to return the favor by connecting him on his first track MabaDantse.

Molley Black on the other hand have been hitting up the country with his youtube performances and dance skills, some of which was his choreography of the hit track Pull Over which was produced by N Kay keyz. And now decides to further perfect his carrier by lending a voice to the Open Mic new signee.

Dj Obza as many already know is not a man of many words as he allows his productions do the talking, and that can be seen on his hit track “Umang’dakiwe” which was perfected by one of the best vocalist in Limpopo Leon Lee and till date the track is still topping many charts in the country, and also lead to many record labels demanding his signature. Now engineering a new song MabaDantse with Dj Gizo this January, no doubt this will rule the month.

Stream, and share “MabaDantse”. Don’t forget to drop your comments below.