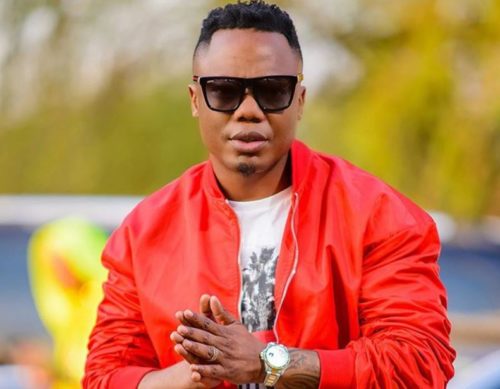 Multiple award winning record producer DJ Tira have been on the lip of every online user lately as he tries to come in between Prince Kaybee and NaakMusiQ’s Twitter war.

The Afrotainment boss who have been gearing his upcoming project after dropping his 20 years of Tira EP project is more closer to Naak than Kaybee, as they’ve worked on songs together and currently signed in to same record label.

The war was initiated by Prince Kaybee and it’s become one of the major talks on social media.

@PrinceKaybee_SA im seriously sick of this… Im honestly going to stuff you up.. Uphaphiswa zezi awards for songs that were produced by other people and this new money of yours…ill kick your ass dawg…

Reacting to the war, Tira says the war needs to end as they should sort it out in a boxing match for 10 rounds.

“NaakMusiqVsPrinceKaybeeBoxingMatch Enough is enough. This match needs to happen in October. Stop talking on Twitter and get in the ring. Who is your money on?” he tweeted.

Now it looks like Kaybee have been trying to escape the question when Tira dropped the bomb of making the shadding settle in a ring.

Kaybee who many now call princess because he escaped the question and trying to judge his fighting opponent based on carrier achievements.

Now that DJ Tira is involved Prince Kaybee might have to say goodbye to Durban gigs.

Tira umdala. You should be trying to keep peace and try to make these guys reconcile . You literally pushing 60 but cos all u care about is money we are here. Smh https://t.co/cjb8XMo0t7

Dj Tira thinks we are on his side since we are roasting Prince Kaybee, Naa tshikitshiki tshaa! pic.twitter.com/OpHdJUioMT

Really wish he'd say something foolish to Tira and see if he will perform in Durban again.

The guy who always brags about his successes & looks down upon others probably grew up with nothing or a spoilt brat without parental control .

Prince Kaybee is a rubbish .🚮

Never, we still want uKaybee to play in Durban. People need to stop this thing of saying Tira owns Durban. Durban is owned by the people of Durban it was like that before Tira and it will be like that after Tira is gone. Tira is our minister of fun though 🔥🔥.

Dj Tira is about to blacklist Prince kaybee. No more Durban gigs.