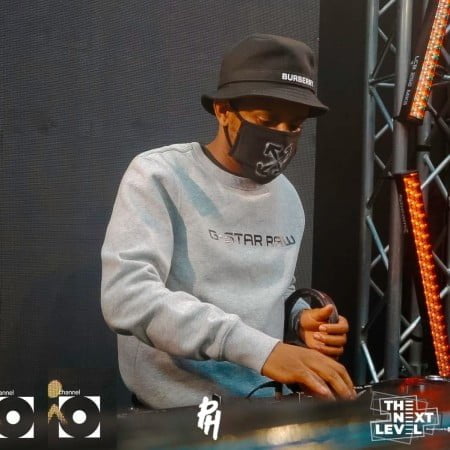 Multiple award winning disc jockey and record producer Kabza De Small who have been widely considered as the king of amapiano music genre is here today as he drops a new killer mixtape set titled The Next Level Show mix which he performed live on Channel O on 16th of July 2021. Cop below and enjoy.

“The Next Level Show (Live Mix)” will run for about an hour with dope tracks carefully selected to perfect the tracklist to meet the fans enthusiasm for fresh music. The session also housed many exclusive tracks and some already released ones from his last LP project “Rumble In The Jungle Album” which still tops many charts as the best piano project this year. So without added ado, update your playlist and leave a feedback with us using the comment box below.

Kabza De Small with real name Kabelo Petrus Motha have been considered by many as all time best amapiano hit maker, and which he solidified with his last studio LP project “I am the king of amapiano album” which caused havoc just few minutes of release where other piano hit makers like De Mthuda share a funny meme displaying that there is no king. The hit maker rose to fame around 2018 after joining forces with DJ Maphorisa who many call the king maker as they both decides to form a duo named scorpion kings, thus making them the biggest duo and music group in Mzansi and today even made his root more firm with a dope amapiano mixtape he captioned as The Next Level Show (Live Mix).

The Next Level Show (Live Mix) won’t be his first installation this year, as Kabza De Small have been touring many clubs and events since this year, and also have been featured massively by other hit makers these few month like his massive contributions on Felo Le Tee Paradise Album where they journeyed on about 3 tracks Ngwana Mani, Nje Nje, and Duduzane. He also played major role on Spumante Time Travel Album where they also went down on 3 tracks too Kwai, Things We Do, and I Would Love To.

Stream, and share “The Next Level Show (Live Mix)”. Don’t forget to drop your comments below.