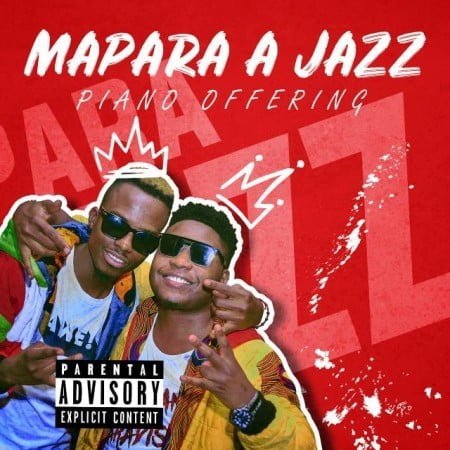 Following the recent news about an upcoming concert, award winning piano duo and record producers Mapara A Jazz who have been hitting up the industry for long now returns with a new 2021 studio LP project titled Piano Offering Album. Cop below and enjoy.

“Piano Offering Album” have been staging as one of the best LP project this year, and already bagging about a million streams on digital stores despite still being on pre-release stage. The project have already been certified by many yanos heads as the best in the country, and will house about 17 killer tracks in all, while featuring the likes of John Delinger, Mr Brown, Muungu Queen, Nhlanhla, Jazzy Deep, Ntosh Gazi, KaygeeDaking, Bizizi, Dbn Nyt, Achim, Nhlanhla, Makhadzi, Prince Benza, 2Some Music, Deline, Zanda Zakuza, Qwesta Kufet, Jazzy Deep, Team Mosha, Mukololo, Lover Boy, Moscow, Tebogo Quest and Maxy Khoisan as all journey into making a new history. So without added ado, update your playlist and leave a feedback with us using the comment box below.

Mapara A Jazz as many already know are not small fish to fry in the industry and are top notch when it comes to amapiano genre, thus making their name to become a household name despite being in the game for just few year. The duo attained great success after their hit song “John Vuli Gate” where they worked with Ntosh Gaz and Colano, and since then the track have been trending on almost all musical charts in the country, and bagging many awards. The success of the track then led to many record labels agitating to get their signature, but Open Mic Productions finally won the battle and since then the duo have been doing what they do best. And today they decides to strikes more deeper with their Piano Offering Album.