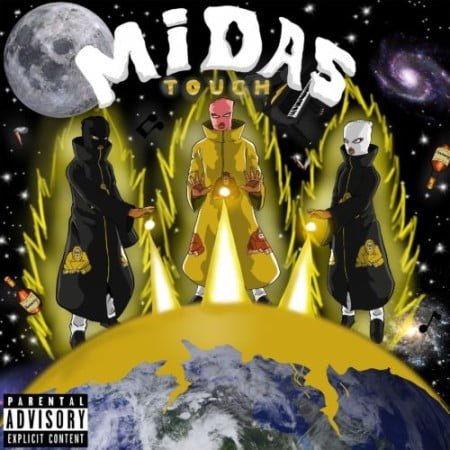 Finally the wait is over as top notch singer and songwriter Midas The Jagaban who have been hitting up the industry since last year returns with her highly anticipated 2020 mini album project titled Midas Touch EP. Cop below and enjoy.

“Midas Touch EP” which have been on the lookout by many music lovers for many months now housed about 7 dope tracks in all and featuring Sho Madjozi and Ramz, so today we decides to drop the full project as we groove to the new year with a new vibes. The project also will mark as her first project since joining the music industry and we hope she keeps up with the fire.

Midas the Jagaban is an RnB and afrobeat singer who was born in the UK to a Nigerian family, and was under the usual African family pressures to succeed in life and finish her education for a suitable professional career. But her love for music tends to shift many things aside for her. She grew to limelight some months ago in 2020 in the middle of the pandemic and since then have been celebrated all over the work, and thus she decides to perfect the fame with a new project, and also urged fans to keep up the support.

Just few weeks after dropping her debut project Midas Touch EP, the songstress was featured on BBC’s 1Xtras hot for 2021 list as one of the best music artist to be watched, and no doubt some awards will be attracted towards her.

Midas The Jagaban started the project with “Cloud 9” which she used as the her intro and served as the first track she used in promoting the EP. The track was released around May 2020, and since then have been topping many charts, she further followed with the music video.

She didn’t stop there as she further extended her awesomeness on “Come We Bill Ehh”, “Party With A Jagaban”, “Step 2 Me” where she spread love to the world and proclaiming herself as the new queen of afrobeat.

She then wrapped the Midas Touch EP with “Paigons” and Standard where she connected with South African award winning music artists Sho Madjozi and Ramz respectively. So without added ado, update your playlist and leave a feedback with using the comment box below.

3. Midas The Jagaban – Party With A Jagaban