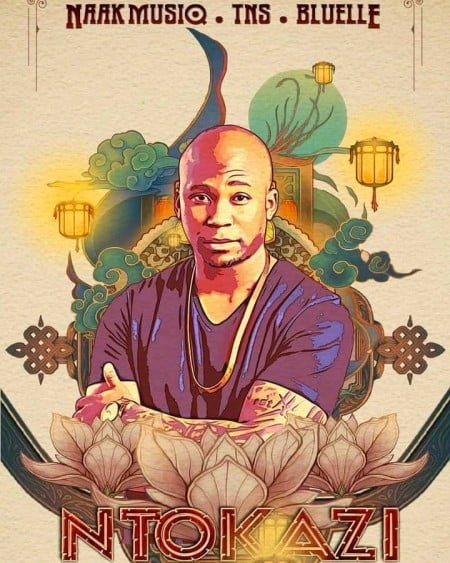 Just when we thought we had seen it all, top notch DJ and record producer NaakMusiQ who have been hitting up the industry for many years now decides to further perfect his name on the heart of his fans with his long awaited killer track titled Ntokazi where he featured TNS and Bluelle. Cop below and enjoy.

“Ntokazi” have been the talk of the town all week, as the hit maker have previously announced he would be dropping album later this year, so stay tuned. The track also is likely to be housed within the above said LP project which might come in the second quarter of the year. In the main time, update your playlist and leave a feedback with us using the comment box below.

NaakMusiQ whose real name is Anga Makubalo have been one of the best hit maker in the country and also known for his TV shows Generations, Z’bondiwe and Isidingo and also winning one of the South African sexiest in 2013. The hit maker have been with Afrotainment for many years now and still considered top notch when compared to other producers in the category despite his clash with Prince Kaybee who merely mocked him of achieving lesser than him when compared their musical carriers.

Ntokazi certainly isn’t the first time Naak MusiQ is delivering some magic moments as he has recorded countless track which still holds strong place on the heart of music lovers till date and some of which will be Ndifuna Wena where he journeyed with Boity, and others will be his solid marks and contributions in the industry, like his presence on Prince Bulo One Life Album where they both performed Omunye Umuntu, and also on Mobi Dixon’s The Chapel Album where he perfected Andilibelanga which is considered as one of the best track on that project. Coming today, he decides to connect with TNS and Bluelle to perfect this one.

TNS and Bluelle on the other hand have been trending in almost all social media lately and many questions springing up if both are to collaborate on a joint project, but the duo have not commented on that. The track Ntokazi will follow his last studio album “Phupholetu Album” which housed a double disc and 30 tracks in all, making it his highest since his carrier.

Stream, and share “Ntokazi”. Don’t forget to drop your comments below.