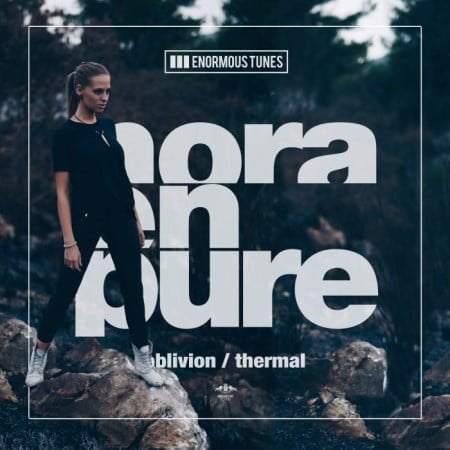 As we groove to the weekend vibes, Enormous Tunes DJ and record producer Nora En Pure who have been making lots of headlines since this year decides to bless the weekend with a new song titled Oblivion. Cop below and enjoy.

“Oblivion” have been the national anthem before now since the snippet was released by his record label some weeks ago, and today she decides to perfect the scene with the full original mix. The track also was released alongside “Thermal“, both of which was also played first on his last Mixtape sessions which she performed live in Switzerland. So without further ado, kindly update your playlist and leave a feedback with us using the comment box below.

Nora En Pure whose real name is Daniela Di Lillo as many already have been trending in almost all African countries and holds high standard when it comes to deep house music, and have dropped many hit tracks like her “Come With Me” track and mixtape sets which still holds strong space on the heart of many fans. The female superstar is often times compared with the likes of Black Coffee, Themba, Kygo, Alan Walker but seems to be then best we comes to female gender, and coming today with this Oblivion hit song simply shows how dedicated she is towards her course.

Oblivion by Nora En Pure have been rumored to become the biggest deep house tech in South Africa, as many keeps longing for her arrival and if that happens, the president might as well declare a holiday as the songstress have been tearing Europe for years now, so we need her to perfect Mzansi music industry.

Stream, and share “Oblivion”. Don’t forget to drop your comments below.