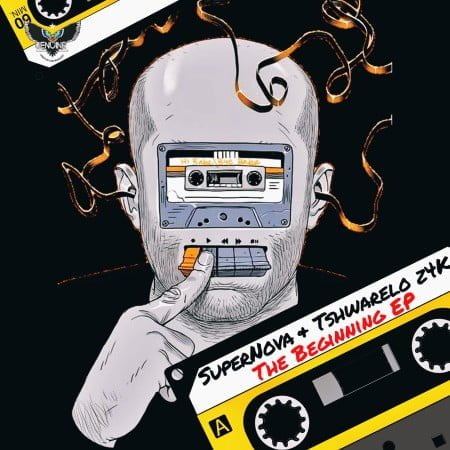 Finally the wait is over as top notch music duo and record producers Super Nova and Tshwarelo z4K who have been hitting up the industry since this year are on their best vibes lately as they drops a new mini album project titled The Beginning EP. Cop below and enjoy.

“The Beginning EP” which have been the talk of the town since this month is an amapiano project which housed 5 dope tracks that will set your soul at peace and no better time to expect such fire than now, as we journey to the new year.

Super Nova whose real name is Neo Arnel Mabaso was born on the 9th of November in 1998, in the township called Phuthaditjhaba, Qwa Qwa in the Free State. The 22 year old was raised by his father and his big sister after he lost his mother when he was just 2 years old. The love of music started when he was only 9 years old. He then became a Dj in 2013, playing for free at house parties. In 2015 he got inspired by Dj Nova & Dj Kent and started to learn Mega-mixing. The passion of music production started in 2017 as he was visiting AfroToniQ (Fohloza Hitmaker) in his backroom and happened to learn from the best.

Tshwarelo z4K on the other hand, with real name Tshwarelo Stiffler, born on the 5th of July 1997, in Bugersfort, Mpumalanga have been one of the best music artist this year with so many melodies to jam to. At a tender age, his family decided to move to Polokwane in Limpopo. The passion for Mega-mixing and production started in 2012. He met his mate Super Nova through Megamixing in 2020, who believed in his production talent and both have decided to team up.

He is now signed under Genuine Lifestyles and Entertainment alongside Super Nova, AfroToniQ, Gugu, Djemba and Smash Hits to name a few. And now partnering with Super Nova on “The Beginning EP” is indeed what we have been waiting for all these years. So without added ado, update your playlist and leave a feedback with using the comment box below.

Tracklist Of The Beginning EP: