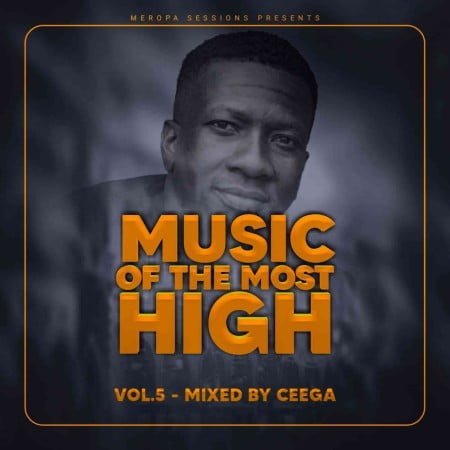 Finally the wait is over as high talented DJ and record producer Ceega Wa Meropa who have been considered as one of the best deep house hit maker in Mzansi is on a new vibes as he drops his long awaited mixtape sessions Music Of The Most High 2021 which will serve as the second part of the Vol 5 mix. Cop below and enjoy.

This year’s 2021 Music Of The Most High mix Vol 5 will serve as the part 2 and a follow up to his previous 2020 mix which was also record live. The mixtape sessions housed about 2 hours with dope hit tracks on it’s playlist as he acknowledges the the creator of the universe today being the 3rd Sunday in January. The project houses lots of exclusives and locked tunes that even shazam won’t near to guess, and that can boil down to him making plans to drop his first studio album, as many have been longing for that to happen. So without added ado, update your playlist and leave a feedback with using the comment box below.

Ceega Wa Meropa have been one of the most consistent deep house DJ in the industry with his series of mixtape sessions, and despite the lockdown he seems to even get better as he keeps engaging fans on social media with his magic touch to music. One unique thing about Ceega will be the vocal on almost all his productions where he voices it out his name during the mix which serves as his signature, saying “You are listening to meropa sessions by ceega”, that alone can turn the musically deaf to hear again.

The year, the hit maker have been on a new level with almost 3 mixtapes now in a month as Music Of The Most High 2021 will follow his “NYE Live Party Mix 2021” and “Meropa 175 Mix“, so it looks like the disc jockey might be dropping an album very soon.

Featured Artists on Music Of The Most High 2021 Tracklist:

Stream, and share “Music Of The Most High 2021 Mix”. Don’t forget to drop your comments below.