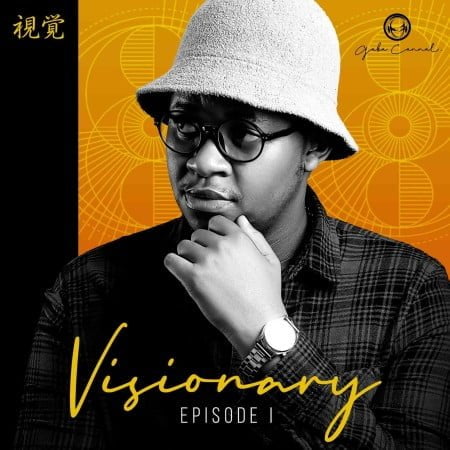 As we groove to the new month, award winning piano king Gaba Cannal who have been making lot of headlines lately returns with his long awaited 2021 studio Lp project titled Visionary Episode 1 Album. Cop below and enjoy.

“Visionary Episode 1 Album” without doubt have been dominating the industry as the best yanos project his year, and many already hoping to curve out their song of the year from the project. The project will serve as his 4th project in his musical carrier and will house about 15 tracks in all and featuring other top notch music artists in the industry like Zano, E_Clips Mzansi, The Myth, Amukelani, Xavi Yentin, Meez, Lungsta Fame, Pex Africah, Jey Charles, Amukelani, Just Bheki and Ard Matthews, all of whom contributed massively to the success of the project. So without added ado, update your playlist and leave a feedback with us using the comment box below.

Gaba Cannal have practically become one of the most underrated hit maker, though just few among many  know him as one of the best when it comes to the amapiano music genre, and have been widely compared with the likes of De Mthuda, Kabza de small, DJ Cleo as his production can’t be undermined. He rose to fame around around 2017 with his series of mixtapes as he tends to create an imaginary heaven in the minds of his listeners, and this year seems to follow suit as he kick-starts the year with AmaPiano Legacy Sessions Vol 06 and now today he decides to set a new path with his Visionary Episode 1 Album.