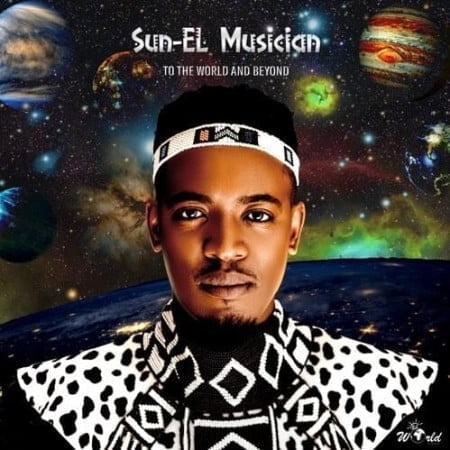 Finally the wait is over as award winning record producer and disc jockey Sun-El Musician who have been considered by many as the best house hit maker returns with his long awaited 2020 studio LP project titled To the World & Beyond Album. Download below and enjoy.

Sun-El Musician have no doubt become one of the most established hit maker in the industry and having attracted many fans both within and outside the country. The project was first initiated with his master track Ubomi Abumanga where he connected with top notch vocalist Msaki, and the duo later graced fans with the music video after 3 months.

The project follows with his love song “Never Never” which was perfect by the breath-slaying vocals of Nobuhle who have been top class since join the EL World record label early this year.

Sun-El musician also extended his awesomeness by engaging Julia Church and Ami Faku on two killer tracks “Garden” and “Mandinaye” respectively as many already have picked them as their song of the year, but the hit maker kept repeating online and urging fans not to be in a haste until they hear the full album. So until then, we can’t really judge.

The EL World Record boss is not only a fine record producer, but also an inspiration to many upcoming and younger music artists in the industry, as he continues to help talents in the country to become legends, and some of which is his new music duo Claudio x Kenza as he connected the duo on 2 tracks “Salanabani” alongside award winning singer Bongeziwe Mabandla and “Chasing Summer”.

The hit maker didn’t stop there, as he goes further into recruiting legendary music duo Black Motion and House queen Miss P to perfect a new Valentines’s track “Without You“.

He didn’t stop there, as he also traveled far and wide to connect with Kenyan award winning music group Sauti Sol on a killer track titled “Fire” which no doubt blends in well just as it’s name.

This project also marks the first time the DJ is partnering with the hip hop king Kwesta, as we didn’t see this coming, but what can we say, as we all know the hit maker is full of wonders and we strongly believed that “Fly Again” won’t be their last collaboration. You can peep the full playlist below and leave a feedback with us using the comment box below.

Tracklist Of To the World & Beyond Album: