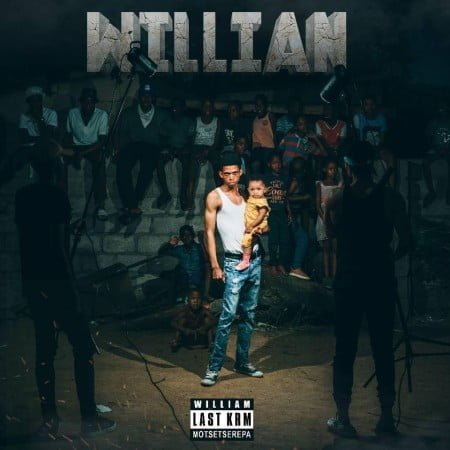 Finally the wait is over as award winning music art and comedian William Last KRM who have been considered by many as the best music artist in Botswana returns with his long awaited 2020 killer studio LP project titled Amara Willian Album. Cop below and enjoy.

“Willian Album” will be hist first studio LP project in his carrier as he strives to become one of the best Botswana best hip hop artists and comedian. The project was dedicated to his daughter Amara as he urges fans to support the movement.

The project housed a whooping 14 dope tracks and featuring some top music artists in South Africa, like the hip hop legendary Khuli Chana, vocalist Khoisan Maxy and other artists like ATI, Veezo View, Dato Seiko, Sal Angel, Dee’z Twins. You can also peep the full tracklist below. And don’t forget to leave a feedback with us using the comment box below.

1. William Last KRM – Do It For Willian

4. William Last KRM – What They Want

William Last is not only best entertainer the country have got both also the biggest as one of his popular comedy skits was used by Chris Brown some weeks ago on Instagram and this escalated his fame, and now going with full force into music. No doubt this dude will be biggest Africa will have in years to come. Show some support by getting this album, either on CD plates or online.