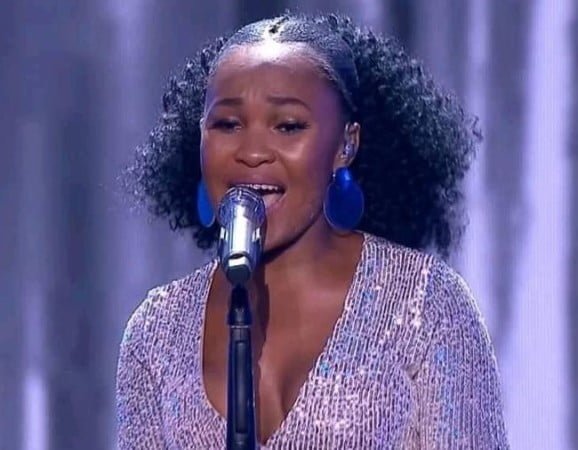 High talented singer and songwriter Zama Khumalo emerges as the winner of the just concluded 2020 Idols SA season 16, what a blessing to end the year with.

The songstress who is just 19 have been on a new level since 3 years now after trying to fit in to the game for consecutive 3 years, this time she came out with some style as she bags the award over her counterpart Mr Music who came out as a runner up.

Both Zama and Mr Music have both been exceptional throughout the tournament in a why that no other competitor matched their vibes, the 2 music artists came up with their finale song some days ago where Zama dropped “Ndizobizwa” and Mr Music dropped “Ngikhethe Kahle“. And many will bet Mr music to be the winner but tonight speaks differently.

The first runner up, Mr Music walks away with R50 000 in cash from Samsung, along with some of the latest Samsung products, R50 000 in cash in an Old Mutual Money account and R50 000 worth of fashion from Truworths.

One thing we have observed about the tournament is that over the last 4 year, the winner have always been a female gender and only one male Luyolo Yiba and thus leaving many unanswered questions is the female have special treat unlike the male contestants. That we will know in the next year as over the 4 years was Paxton Fielies, Amanda Faku, and now Zama Khumalo joins the line for the nest big thing.

What a year. What a season! Look out for us in 2021! pic.twitter.com/sDM2YklTUo